You are here: Home › Administrativa 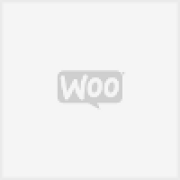 Last weekend, I attempted to take advantage of a brief lull that I had after the Joint Mathematics Meeting to make a long-delayed upgrade to my work machine.  This machine, which is what I use to store data and run quantitative analyses, is a Linux laptop that’s been running on Ubuntu for the last six years.I […]

One of the features of Soccermetrics in the early days of the website has been “Paper Discussions“, in which I discuss research articles that investigate quantitative analysis problems related to soccer.  Some of them were classic papers in the field, while others were recently published.  There were even some researchers who went out of their […]

After the initial flurry of episodes into the Soccermetrics Podcast feed, I’ve settled on a bi-weekly release schedule for future episodes.The objective of the Soccermetrics Podcasts is to have deeper conversations with a guest than the typical football podcast, which requires a lot of background preparation.  A bi-weekly schedule appears to strike a balance between […]

I decided that I wanted to hear from my readers who they would like me to interview in the next issue of the Soccermetrics Newsletter, so on Twitter I asked for nominations.  I ended up with two: Graham McAree, Head Soccer Editor at SB Nation, Jim Lawlor, chief scout at Manchester United Football Club The […]

The new website for Soccermetrics Research & Consulting has gone live.Notice that I didn't say that the site has been completed.  There is still quite a bit of work to be done with respect to site layout and functionality, but almost all of the blog posts have been ported to the new site.  (But not […]

I wrote a couple of weeks ago that a new Soccermetrics company website was in development with the intention of having it go live by the 1st of the year.  I wanted to bring together the three SRC-related sites under one content management system — company/product/client information, the blog, and the software and document repository, […]

I mentioned on Twitter earlier this week that there were some changes coming to Soccermetrics on the company side.  Multiple things are happening in parallel, but one of those that I can announce at this time is a new website for Soccermetrics Research & Consulting. When I launched the company on a full-time basis five months […]

Last month, Ben Alamar, who founded the Journal of Quantitative Analysis in Sports eight years ago, announced that he would be transferring the editorship of the journal to Jim Albert, professor of mathematics and statistics at Bowling Green State University.  Ben started the journal at a time when the field of sport statistics was in […]

I have set up a FTP site that will store the executable files related to Soccermetrics' open-source development projects.  It's become very clear to me that Github, while an excellent code repository host, is not the best option for storing binary files.  It will become even more unwieldy as I create branches from the main […]

In addition to the two sub-categories for the soccer Pythagorean, I decided to add a category for posts that link to my soccer analytics papers, whether preprints or published articles.  It's called "Soccermetrics Publications" and you can find it in the category list on the right-hand side of the page.