We continue our league projections for the 2013-14 European season, starting with the decidedly non-European league in South Africa.

South Africa: This league kicked off a couple of weeks ago.  We think the Premier Soccer League will be very close, but Kaiser Chiefs could sneak a title from SuperSport United, Orlando Pirates, and Platinum Stars.  At the bottom of the table we project Polokwane City to make a quick return to the First Division and Tuks FC (aka University of Pretoria) to enter a four-team promotion/relegation playoff. 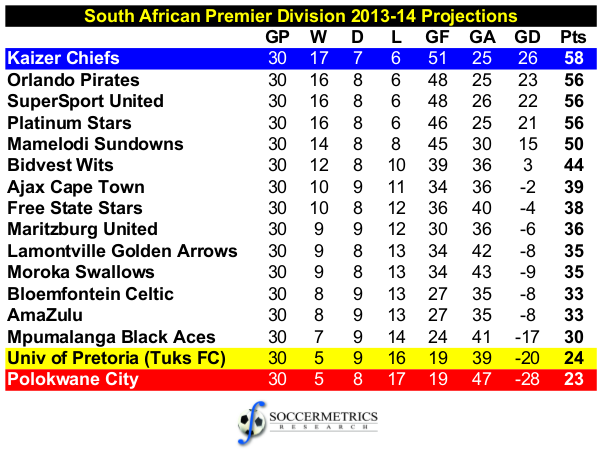 Scotland (Premiership): Another early call a minute after the polls close.  Celtic to win the newly revised Premiership by a large margin. St Johnstone and Dundee United are expected to hold off challenges from Aberdeen and Hibernian to enter the Europa League.  Hearts will almost certainly go down to the Scottish Championship due to their points deduction; Ross County appears most likely to be sent to the promotion/relegation playoff against the 2nd, 3rd, and 4th placed teams in the lower division. 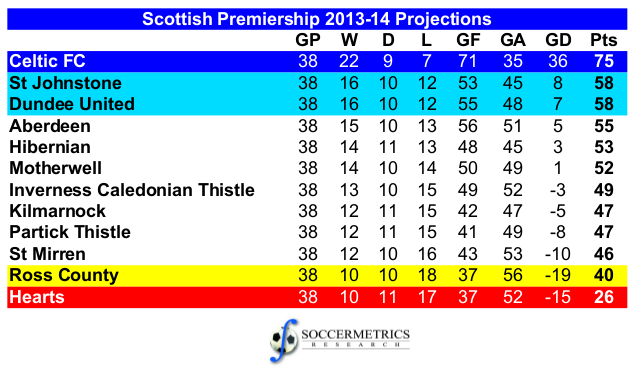 Switzerland: FC Basel to win the Swiss Super League comfortably from Young Boys, Grasshoppers, and FC Zurich.  Aarau to be relegated to the Challenge League. 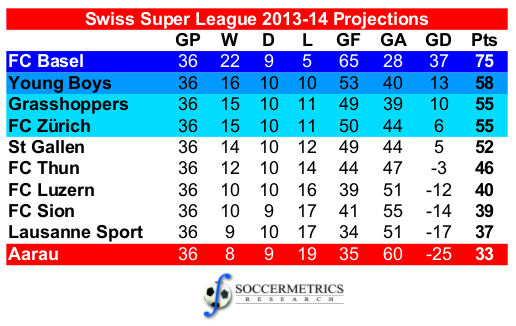 Ukraine: Another league in which we project a comfortable winning margin.  Shakhtar Donetsk should win the Premier League by at least 10-13 points over Dynamo Kyiv and Metalist Kharkiv, who should fight it out for the other Champions League place.  Dnipro and Chornomorets should advance to European competition.  We project Metalurh Zaporizhzhya and Volyn Lutsk to be relegated, but last year one of the promoted teams refused and another team in the Premier League was denied a license and expelled, so who knows what will happen. 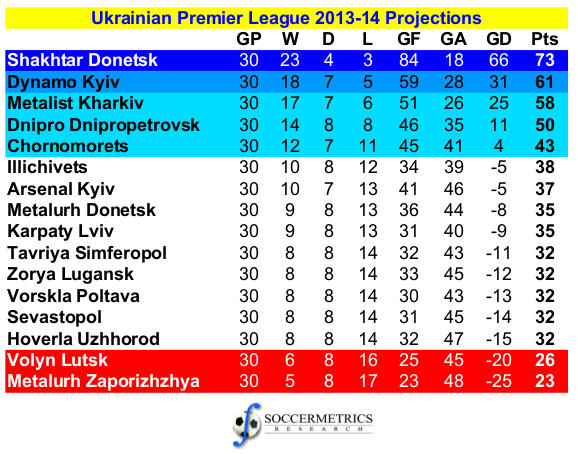 More leagues to come, including Spain and the lower levels of the Football League in England.