Earlier in the month I presented a breakdown of offensive and defensive expected goal performance in Argentina’s Primera División.  Here’s an update after the most recent matches played last weekend (Round 25).

Below is the offensive performance chart for Primera as of Round 25.  The actual and expected goals are reported for open play events, set piece events, and penalties, and the most and least goals in each category are highlighted in purple and red text, respectively. 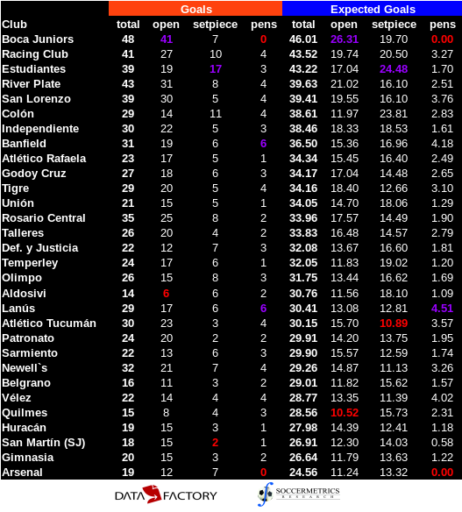 Below is the defensive performance for the Primera clubs.  The actual and expected goals allowed are reported for open play events, set piece events, and penalties, and the most and least goals in each category are highlighted in red and purple text, respectively. 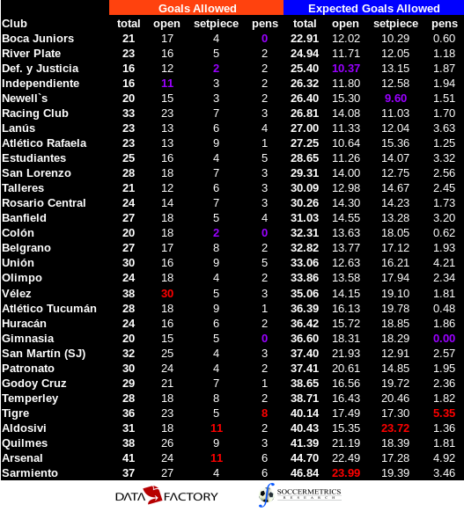 So after a matchday in which Boca won and all of their direct rivals lost, save for River Plate and Independiente, here are the main points:

Data for Primera División are supplied by DataFactory Latinoamerica.