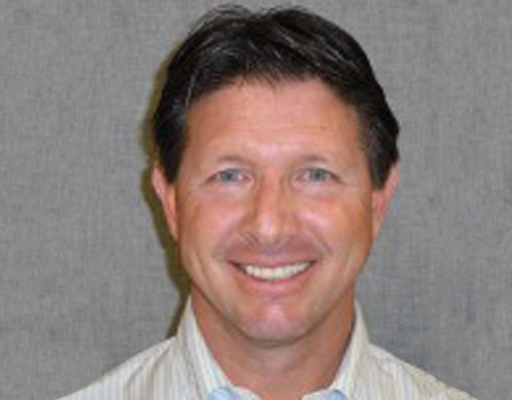 John DeWitt wears a number of hats in his life — leading biomechanics researcher at NASA, co-founder of an engineering firm, and an Academy coach at Major League Soccer side Houston Dynamo.  John and I had a great discussion on all of those roles and how they interact between each other.

(Howard) So John, tell us a couple of sentences about yourself.

(J0hn) I am a sport scientist that works with astronauts and sports athletes. I work at NASA Johnson Space Center in the Exercise Physiology and Countermeasures lab studying how exercise can be used to reduce the health losses that occur to astronauts during space flight. My true passion is in performance analysis. Prior to coming to Houston, I was the Head Women’s Soccer Coach at the University of New Mexico. I am currently on the Houston Dynamo Academy Staff and act as the Head Sports Performance Coach. In addition, I collaborate and consult with various collegiate and professional teams in multiple sports both in the US and internationally.

I came across your Masters thesis at Arizona State on maximum ball velocity during an instep soccer kick. Could you tell me more about that thesis and what your findings were?

I did my MS work at ASU in the early 1990’s in the Department of Exercise Science and Physical Education in the area of Biomechanics. At the time, ASU was one of the few places where students could specialize in sports biomechanics, which drew me to the program and my mentor, Rick Hinrichs. A few of my colleagues at ASU have continued in the area of sports and performance analysis, including Peter Vint, John Crowley, and Scott McLean. It was a great place to gather with others who shared a passion in sports and biomechanics.

My thesis project was a 3-D analysis of individuals performing maximum effort kicks on a goal (kind of like a penalty kick where the player tries to hit the ball as hard as possible). My question was to find out what biomechanical parameters were important so coaches would have better ideas on how to refine the kicking motion of players who already had a basic mastery of the skill. We found that peak velocities of the knee and hip were important, and that often the peak velocities occurred prior to the kick, indicating that biomechanics during the entire swing are as important as what occurs at the instant of impact. Along the way I found that the kicking motion is generated by the hip flexors, and not the knee extensors. If anything, the muscles about the knee act to slow down knee extension, perhaps for timing purposes or to prevent injury. For these reasons, when I train players in the gym, we focus on strengthening the core and the hamstrings.

What was your Ph.D. dissertation about?

I did my Ph.D. work at the University of Texas Medical Branch in Galveston in the Graduate School of Biomedical Sciences. My specialty area was Rehabilitation Sciences, which combines my biomechanics background with rehabilitation and medicine. I completed my program while working at NASA so I had a spaceflight bend in my project. I was interested in seeing how people adapt to walking and running with an increase in mass.

The idea was that astronauts run on a treadmill in space. They wear a harness and attached bungees to the treadmill to keep them from floating away and to provide load. The forces between their feet and the ground are less than on Earth because the bungee forces are less than the astronauts’ bodyweight (heavier bungee loading is very difficult to run with). I wondered if the astronauts wore a weighted vest (even though they are weightless, the weights would increase mass), would the ground forces be larger. I found that the increase in force was not the case, and in fact, the subjects adjusted their motion during running to maintain the same ground forces as when there was no weight increase. My project did not solve the astronauts’ problem, but did give some great insight into how quickly people adapt to unnatural situations when running.

Soccer coaching came first. I started coaching at 18 years old as the junior varsity coach at my high school in Toledo. I became the varsity coach a year later and stayed in that position while I completed my college education. I had a goal to become a college soccer coach, which lead me to my masters work in biomechanics. While in Arizona, I worked in clubs, the ODP program, and as a high school coach while earning my US Soccer C and B licenses. When I got my first college job at University of New Mexico I thought I would be a career coach. However things change, and the opportunity at NASA presented itself, and I took advantage of it.

How long have you worked in soccer coaching?

Unbelievably to me, I have been coaching now for almost 30 years.

I noticed that you coached the women’s team at New Mexico. What are the differences, if any, between coaching young men and young women?

In my experience, the game is the game, but the people are different. Most of the differences in coaching occur with respect to how we approach the players as individuals. Training plans don’t really change too much, except that since the men can cover distance faster than the women, tactics do change. For me, the biggest difference isn’t between genders as much as it is age because I was dealing with 18-23 year old women but now focus on 12-18 year old boys and men. There are overlaps, however.

It seems that we — those who like sport and are academically-inclined — are expected to choose between being either an academic-caliber researcher or a sports coach. How were you able to merge the two?

With a very understanding family! I agree with you totally that most of the time we are expected to specialize, so to do both typically means one job in the day and another at night and on the weekends, which cuts into family time. My wife and children support me because they know that sport is such a large part of what makes me me.

The other thing that I look for is overlap. There are definite areas where I can do two things at once. We have been able to use training and testing programs that we develop for the Academy as a basis of scientific work that has ended up being published and presented at conferences. On the flip side, my work at NASA exposes me to technology and software that I can implement in analyses of athletes.

What is the biggest challenge to incorporating your academic knowledge into your coaching methods?

I can’t think of any challenges in incorporation. I have been very lucky because I have been learning to be a better coach while at the same time learning to be a better researcher, and my area of expertise is exercise and sport science, so to me, these go hand in hand. Rather than trying to find ways to incorporate academic knowledge into coaching, I have searched for academic knowledge to become a better coach.

We continue the conversation with John DeWitt in the upcoming edition of the Soccermetrics Newsletter.  Only subscribers will be able to access the full interview, so subscribe now.  You are a subscriber, right?