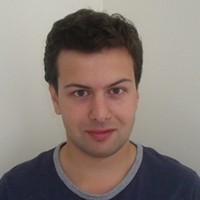 We continue our interview of Michael Cox (Mr Zonal Marking), the second part of which was distributed to subscribers of the Soccermetrics Newsletter.  Part one is here.  Part two is below.

(Howard) Tactical discussions in football have a long history.  How has the availability of in-match data affected the way we think about tactics?

(Michael) In the media in general, I think it’s used to ‘prove’ existing ideas, to provide evidence of how many crosses a certain player has attempted, or how many fouls a side has made, which could be as a result of their pressing. Even small things, like how many touches of the ball each player has had, can help this – but because strategies and tactics are so broad, we’re still yet to witness any ‘definitive’ statistics within one match.

I know that you used to use the Guardian Chalkboards in your articles.  Did they help in assessing the effectiveness of tactics throughout the game?

Maybe not in assessing the effectiveness, but certainly in showing the pattern of the game, where players were operating, which flank sides were focusing their passes down, little things like that. The StatsZone app does something similar, and breaks things down into more detail, too.

How different are tactics between Premier League teams and teams on the Continent?  Is there more convergence with the increased number of foreign players and managers in England?

Yes, it’s happened to a certain extent, but there are still differences. England was tactically very dull at the start of the Premier League, but the influx of foreign coaches helped – Jose Mourinho, in particular, prompted an obsession with the 4-3-3, although this often looked more like a 4-5-1 when it was replicated at less successful clubs. That said, matches are still different in England from in Germany and Spain, which are very technical, and in Italy, where pressing isn’t obvious and formations take on more importance.

What have been the major evolutions in tactics over recent seasons?

Everything has changed because of more focus on ball retention. That means sides have tried to get extra men into the centre of the pitch, which has caused two-striker formations to become unpopular, and then there was a move towards playing no-striker formations, too. There’s also less emphasis on crossing, and width has often been used to stretch the opposition defence, rather than to actually get around the back and deliver balls into the box.

Has Barcelona’s success affected team tactics in a meaningful way?

Yes, they’ve influenced everyone hugely in terms of short passing and excessive ball retention. There are certainly lessons to take on board, but I feel the importance of hitting the opposition defence while they’re disorganised has been lost – counter-attacking remains a valuable strategy.

I think I told you in an e-mail that I felt like I always learned something new by reading your articles.  What’s the one thing that would improve the public’s understanding of what’s going on in a football match?

To be honest, the key is probably better punditry on the television. Those guys set the agenda and influence ideas about the game, but they focus on one or two incidents in a game when the broader pattern – formations, overall strategies – is more important.

So what are you doing now?

Mainly freelancing, all football writing, and fighting a losing battle to keep the website updated as regularly as I’d like.

Not particularly – aside from reiterating the fact I’m not a ‘proper’ football analyst, more a writer who simply looks at things from a tactical point of view!