You are here: Home › Conferences and Symposia › 2013 SSAC Review: The Soccer Analytics panel

This weekend I returned to the MIT Sloan Sports Analytics Conference, a “must-appear” event for the sports analytics community, and an increasingly influential event in the sports business world.  This year was the third edition of the Soccer Analytics panel, and for the first time, a member of the analytics blogosphere was on stage. 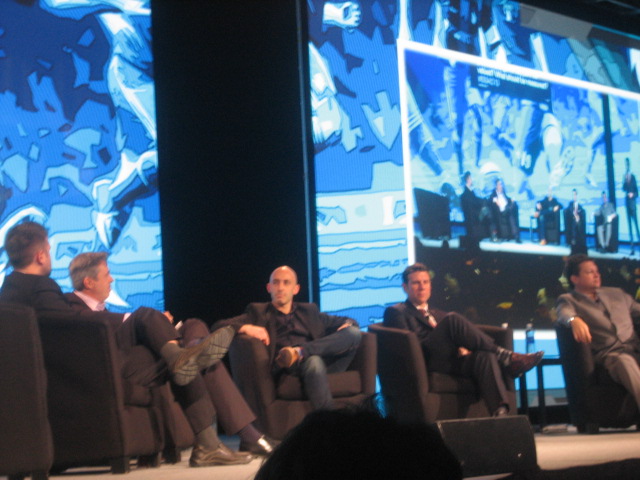 Returning to moderate the panel was Marc Stein of ESPN, and joining him were Albert Larcada (ESPN), Jeff Agoos (MLS), Blake Wooster (Prozone Sports), and Chris Anderson (Soccer by the Numbers and Anderson/Sally).

Marc ran the session as a continuation of last year’s panel, so he focused on two issues: what is next in soccer analytics, and how will analytics be used throughout the soccer industry.  The intent was good, but it limited the scope of the panel discussions.

Albert and Jeff could talk about how data are used by a media company and a professional sports league office, but Prozone isn’t going to talk about ongoing or future projects at such a forum and even if a sports betting consultancy were on the panel, they wouldn’t talk much about their use of analytics, either.  This left much of the task to Chris who, as someone independent of the rest of the industry, could give a detached perspective on the state of analytics.  His comments made it clear that there’s still a lot of the present in soccer analytics that needs to be matured before we talk about what’s next.

In Chris’ opening comments, he pointed out that football analytics descends from work done in notational analysis by Charles Reep in 1950 and the work that he performed for a number of title-winning teams after that. (I recommend reading this account of Reep’s life in the 2002 Journal of Sports Sciences; even if you read only the first page it provides a good picture of Reep’s remarkable work.)  There is also the work of Mike Hughes (who influenced, among others, Gavin Fleig and Blake Wooster) and the great Dynamo Kiev/Ukraine manager Valeriy Lobanovsky.

What has happened, Chris said, is less of a revolution than it is an evolution, and that’s right, although the generational cycles have shortened thanks to technology.  As a byproduct of technology, data are becoming less expensive and more of a commodity, while a community of armchair (or is it desktop?) analysts has formed outside the realm of the football clubs.  So data are more available than ever before, and more people are comfortable talking about data in sport than ever before. 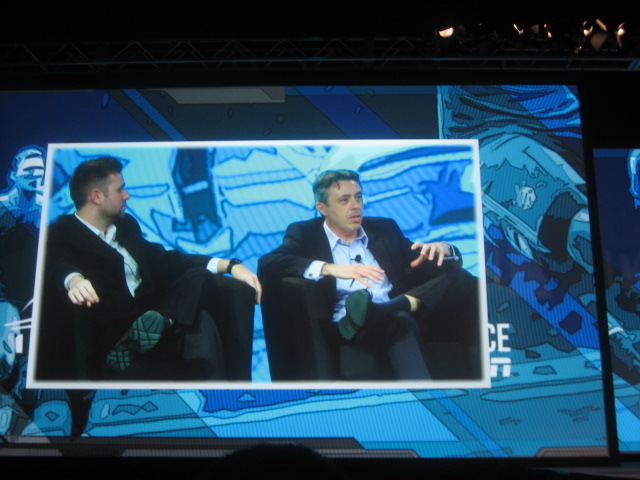 So if data have a higher profile than ever before, what is keeping them from being used more extensively by football clubs?  The panelists addressed this issue from various directions during the session — cultural resistance, contextual challenges, inherent noise in match inference and prediction, and short-termism.  It’s possible that cultural resistance will weaken as a generation of players, executives, and supporters grow up in an era where data are more accepted, and context might be captured better as sensing technology gets cheaper and more pervasive.  But the structure of the game creates a ceiling on the level of precision to which we can analyze players and teams, and the short-term mentality of professional clubs (partly, but not entirely, a product of promotion/relegation rules) limits their capacity to embrace innovation.

If there is a place where data are being used, it is in the media organizations, and Albert spoke at length about the data visualizations that are shown on ESPN SportsCenter.  He showed a couple of examples of maps that compared playing tendencies of Lionel Messi and Cristiano Ronaldo and illustrated ESPN’s priorities on analytics: that they be self-contained, communicate the story succinctly, and be accessible to on-air talent.  One sentence of his stuck with me: we — the soccer analytics community — are not the primary SportsCenter audience.  And because we are not the primary audience, understanding for the broader public is critical.  It doesn’t mean that we can’t develop better match predictors or game models or stuff like that.  But until those can be explained in a way that the broader public can understand what is being communicated, those analytics are not ready for public consumption.

I left the ballroom observing that while soccer analytics has grown tremendously since 2010, there remain significant and unique challenges. Unlike baseball and basketball, whose analysts developed much of their work outside the game and with public data, working with proprietary data is the only way an analyst can do any meaningful work in soccer.  The only way one can work with proprietary football data is through the sports data companies or a professional football club.  And would a club be willing to pay for an analyst to deliver insight on match strategy and player performance and present said insight at public conferences?  The question almost answers itself.

We still have a very long way to go.  And if the early work on analytics is any indication, the window of opportunity and receptivity in the professional football world doesn’t stay over indefinitely.

UPDATE: For a bracing example of the limited window of opportunity, read Mitch Lasky’s review of the Soccer Analytics panel.