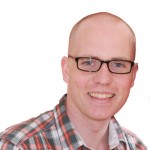 Rob Carroll has been working in sports performance analysis for 10 years, and he’s the proprietor of The Video Analyst which is a repository of information resources for practitioners in the field.  Rob and I had a discussion about performance analysis in sport and we touched on the issue of unpaid analyst jobs in the industry.

(Howard) So Rob, tell us a couple of sentences about yourself.

(Rob) I am the founder of the website thevideoanalyst.com, I run a business in Ireland selling sports technology products both hardware and software and I run a data analytics company called Gaelic Stats, which looks primarily at Gaelic football and hurling in Ireland.

How did you get started in sport performance analysis?

To be honest I always had an interest in stats. When I played cricket I was always the guy trying to work out averages and strike rate etc… Years later my flight got delayed and I ended up buying Moneyball, I was hooked. Since starting the business I have always been more drawn towards Performance Analysis and the edge it can offer teams. Over the last number of years I have been doing an MSc in Performance Analysis part-time which has given me the academic knowledge to go with the practical experience I have picked up over the last 10 years.

Do you have a background in data analysis?

Not specifically, I studied business at undergrad level but I have just finished an MSc in Performance Analysis which I was doing part-time for the last few years. This has given me the academic knowledge to go with the practical experience I have picked up over the last 10 years. The MSc has certainly given me a better understanding of statistical analysis/techniques but there is nothing like working with real data and problems to make you learn fast.

I was doing some background research and I came across GaelicStats.com.  How did it come about?

Well research of any kind in Gaelic Games is very scarce. Although the games are played in small pockets around the world, Ireland is the epicentre. Looking at how other codes and associations were approaching data analytics I made an approach to the National Governing Body about collecting, for the first time, systematic data on the games. This was to create a working knowledge of statistically what was happening in the games but also to monitor any rule changes that might be needed or what effects they had on the game. The association were very receptive and the project began for the 2011 season. It’s early days in terms of the quantity of data but we are making some great inroads.

What has been the reception to statistical analysis in Gaelic football and hurling?

I think like anywhere it can be a bit mixed. You get the usual soundbites of ‘paralysis by analysis’ and that type of stuff but in general the coaches and administrators are very aware of the strides other sports are making. One of the big issues in Gaelic football and hurling is there has never really been any data to analyze. It’s all been collected in a very haphazard way. To be honest this is the first time it’s being collected on such a vast amount of games and all to the same standard. A big problem at times is some of the people in the media. Often their opinions carry a lot of weight and certainly on the main broadcaster here they would not be big fans of analytics. It’s a bit old school but it is changing.

I’ve seen Gaelic football on a number of occasions and it reminds me very much of Australian rules football.  The AFL records a wide range of statistics on player actions; is that also the case in Gaelic football?

Yes the game are very similar, and no doubt from the same origins. The statistical analysis would be very similar across both codes. Gaelic football has gone through some what of a revolution over the last 10 years. It was much more a catch and kick game, where now it has become much more about retaining possession and being more patient. A lot of the purists don’t like the new style but it makes for a fascinating time to be analyzing the game. Personally I try and take a lot from AFL – even in terms of looking at how their game has evolved through strategic rule changes. Again Gaelic football has just passed some major rule changes coming into effect next season – so it will be a great time to start comparing data and seeing their effects.

To what extent is the interest in analytics linked to the GAA’s amateur status?

Yeah the amateur status is a core value of the GAA and it obviously reduces the amount of time people (players and support staff) can dedicate to the game. I’m in a lucky position because it is my day job as well but there are very few like that. One area that analytics does not cover in GAA is recruitment. You are not allowed to transfer to teams in the GAA. So if you are born in Dublin then that is the team you play for – end of story. So there is no sense in valuing players not in your squad, other than to know their strengths and weaknesses, but you will never have the option of buying them.

Have any of your analyses attracted attention from the broader sports media, and if so, how did it happen and what was the reaction?

Yeah some of my work has appeared in the broader sports media, the National Association released some data in 2011 and it was picked up by a number of the national newspapers. I have had other work picked up through twitter. It usually comes about when there is controversy surrounding the game. In 2011 there was a lot of controversy around the style of play of one particular team, I had proof that there were by no means the only team adopting this style but not a lot of people wanted to hear it. Other stories have revolved around Ball in Play time, something that was a worry and something the recent rule changes are trying to look at.

It appears to me that if you asked ten people to define the roles of performance analyst you would receive ten different responses.  You’ve worked in the field for almost ten years — what is performance analysis?

I think there are two big determining factors to the answer: (1) What standard you are working at, and (2) The managers attitude to analysis. For me performance analysis is about taking all available performance data, managing it, analyzing it and finding the best way to present this to the management or players. For me this would ideally involve statistical data, video and physiological data. However as more technologically advanced coaches enter the picture some of the traditional roles of the analysts may get consumed by the coaching staff. Certainly I can see a day where the coaches do a certain amount of the video analysis coding done by analysts at the moment.

I’ve had the impression that in the UK, performance analysis in sport is synonymous with video analysis. Is that a fair assessment?

Yes I think that’s a fair assessment and probably something I was guilty of at the start (hence the name of my site!!). I think in the US a huge amount of the data was collected and often made public. That hasn’t been in the case (although it is changing in the UK). Most clubs probably only had the resources to collect video of their own games and analyze that. Even Premier League clubs found it hard to get universal access to the video of every game played (that only changed in the early 2000’s). Companies like Opta, Infostrada and Prozone are changing the quantity and quality of data available rapidly and I think we will see more and more clubs with data analysts as well as video analysts.

What can those who deal mostly in video analysis learn from the data analysts, and vice-versa?

That each needs each other. Video for me is a fabulous teaching tool. It is a great way to get a message to the players or coaching staff. The decision might be data driven but you can use video to bring home the point. The traditional view of video analysis is to look game by game, this has some obvious flaws and this is one major area data analysis improves the analysis. For me I always look at the data first to see if there is anything obvious I need to look at – I will then go to the video as sometimes there is only so much context you can code. I couldn’t do my job if I only had one – you have to use both.

Is there much innovation in sports performance occurring within the professional football clubs?  To what extent does the short-term focus limit innovation?

We continue the conversation with Rob Carroll in the upcoming edition of the Soccermetrics Newsletter.  Only subscribers will be able to access the full interview, so subscribe now.  You are a subscriber, right?