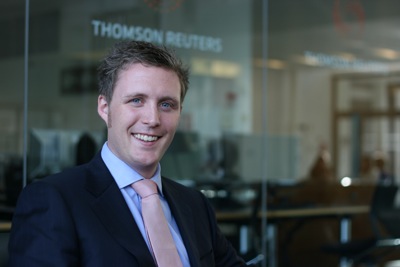 Tom Markham has made a name for himself in the past year by addressing the following question: When is the right time to fire a football manager?  His work has attracted a lot of attention from the UK press and of course the clubs themselves, so it was only a matter of time before he would appear in this space.  Tom and I had an interesting conversation about his research and some other projects, and I hope you enjoy it.

Part I is below.  If you subscribe to the Soccermetrics newsletter, you’ll get to read Part II.

(Howard) So Tom, tell me a few sentences about yourself.

(Tom) I grew up in Dublin (apart from a brief stint in the Middle East when my Dad was working for the UN) but have lived in the UK for the last five years. I like it here even if the Guinness is not quite up to the standard at home! Like many people reading this, I am a huge fan of all sports, especially football, and have a penchant for the peculiar workings of the sporting domain.

I qualified as an accountant and worked as a foreign exchange trader before making the move in football finance where I have collaborated on projects with national associations, clubs, agencies and sports consultancies in recent years.

I am currently finishing a PhD in Football Finance at the ICMA Centre, Henley Business. During the course of my research I have presented at the European Conference in Sport Economics, International Conference in Sports Economics, Play The Game and FootCoop as well as delivering guest lectures on the subject of football finance at the University of Liverpool, Birkbeck – University of London, FIFA Master Programme and UCFB.

Just as a bit of trivia: The All-Ireland Minor Gaelic Football trophy is named the Tom Markham cup, named after my great grandfather.  Harry Potter took a real shining to it following the 2012 final.

You started in the finance world. What motivated you to move into the football industry?

While completing an MSc in International Banking and Finance in Liverpool in 2003 I came across the MBA in Football Industries (FiMBA) program at the University of Liverpool. From then on it was always my intention to cut my teeth in the financial sector before returning to embark on that course, hoping it would ultimately lead to a career in the sporting domain.

Tell me more about the Football Finance program at Henley; I understand that it’s a unique program in the academic world.

On completion of the FiMBA programme at Liverpool I had a number of options. I interviewed for the Financial Controller’s position at QPR (around the time that The Four Year Plan started filming). At the same time I also applied for scholarship to do a PhD in Football Finance at the ICMA Centre, Henley Business School. I received some sound advice from Keith Harris (who is currently bidding for Portsmouth FC) and opted for the doctorate. My supervisors, Professors Adrian Bell and Chris Brooks, who wanted to embark on football finance research, have been truly excellent since I started.

What is the reputation of Henley Business School in general and ICMA Centre in particular?

Henley Business School became the first business school in the UK when it was founded in 1945. It quickly developed a reputation for excellence in innovation, teaching and research. It remains one of the most globally respected institutions in the field of commerce and is one of only 58 triple accredited business schools worldwide.

The ICMA Centre is Henley’s Business School for Financial Markets. The research and programmes at ICMA are distinctly practical. Every student gets to experience various forms of financial market trading in one of the centre’s three fully equipped dealing rooms. Due to my previous experience as an FX [Foreign Exchange] Trader, I oversaw the practical trading sessions (Equities, FX and Derivatives) for all BSc students between 2009 and 2013.

What was the motivation for your research on manager performance?

The primary motivation for the research related to the hefty cost of sacking and replacing a manager (and his backroom staff). Also prevalent was the fact that no real analysis tool exists to gauge managerial performance. Most decisions taken on the future of manager relate to gut instinct and emotion rather than actual performance data. The work of Dr Chris Hope and Dr Sue Bridgewater in particular represented a good stepping stone for my research. Reliable empirical research by Dr Robert Kosowski showed that it was possible to separate managerial skill from luck with regard to fund managers so my supervisors and I decided it would be interesting to apply this to the world of football management.

What were your expectations going into the project?

Like any research, particularly model based research, you are always unsure of your findings will be. I was hopeful that the model would be robust and provide a means to analyze managerial performance – which I believe it has.

[To be continued in Part II.  You can read it if you subscribe to the Soccermetrics Newsletter.  You are a subscriber, right?]