Continuing from my previous post on club impacts on effective time in J-League Division 1 matches in 2015, I look at the same for clubs competing in the 2015 J2 season.  The previous post contains background information and the modeling methodology, so I will present just the graph here. 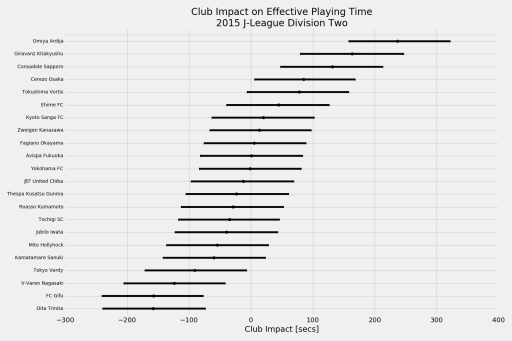 You can find the effective playing time data from the 2013 J-League season to the present in the jleague-effective-time folder of the Soccermetrics Project Data repository on GitHub.  I’ve also included an iPython notebook of the Bayesian analysis so that you can work out the analysis for yourself.