You are here: Home › Match Quality Metrics › Effective playing time in Argentina Primera after Round 8

In this post I present the effective playing time of all matches of Argentina’s Primera División tournament up to matchday 8, which was completed last Monday (1 November 2016).  Data was supplied by DataFactory.

I must point out that these time figures are unadjusted.  DataFactory doesn’t record the moments in which a ball leaves play except for corner kick concessions, so I have to estimate the additional time lost due to throw-in and goal kick events, which DataFactory does record.  For details on how I plan on doing this, consult this post.

Here is how the effective playing time is distributed over all 120 matches played so far: 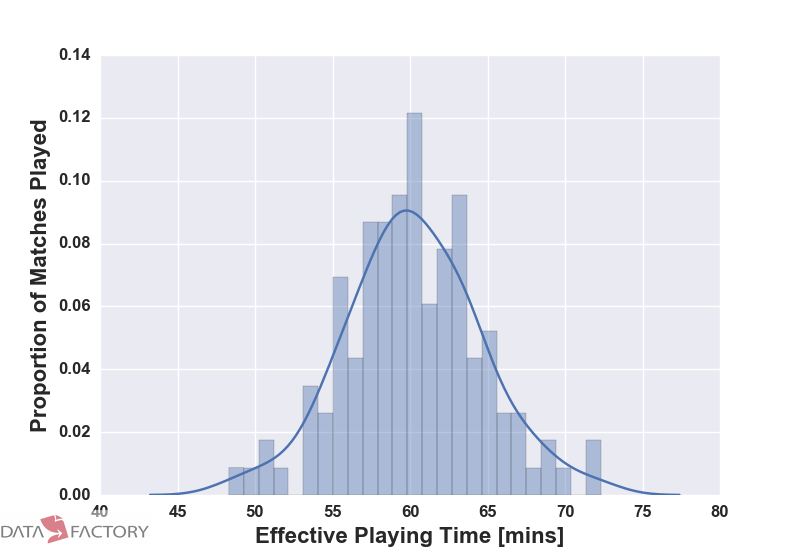 The average amount of effective playing time in the competition is 60 minutes 13 seconds.  Matches with the most effective time are the following:

And matches with the least effective time:

Again I must point out that these are unadjusted amounts of effective time, and they will be adjusted in a future post.  I’ll also write more about the influence of the two teams and the match referee on effective time, if any.