You are here: Home › Conferences and Symposia › Soccer Analytics Panel at 2015 SSAC: Not a waste of time

The Soccer Analytics panel at the 2015 MIT Sloan Sports Analytics Conference was not a waste of attendee’s time and I hope that future panels follow this year’s example. 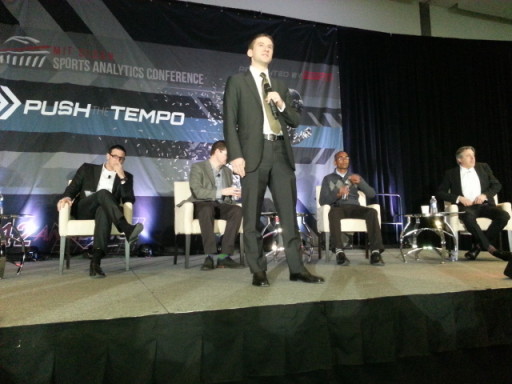 At the Soccer Analytics meetup last night, I shared my expectations of the panel with Andrew, and Andrew mentioned the challenge of facilitating a meaningful discussion of topics while managing the limited amount of time available in the session.  With one small exception (to be mentioned below), Andrew managed the session very well.  I felt that his discussion questions were good, but I also felt that all of the participants in the session made an effort to give answers that were different from the bland and vague fare that was served up too often in previous years. 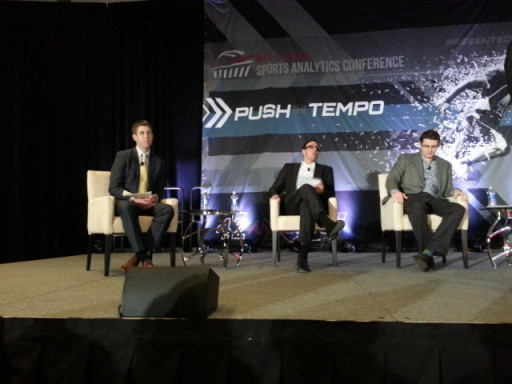 The panel first discussed any innovations in the soccer analytics world over the last 12 months, and the panelists gave answers that I felt were complimentary.  Niemeyer felt that the game has become more tactical over the past year, which he felt was the result of more sophisticated match analysis and will continue to grow with the increased use of technology in the game.  McNab posited the greater level of collaboration on data and best practices among clubs and researchers, giving the most recent OptaPro Analytics Forum as an example, and the greater acceptance of expected goal metrics among the analyst community.  Anderson responded that there is a greater level of sophistication in discussions about football, and a greater demand for more information from the fans.  It is getting close to a point in football where analytics can no longer be ignored by the traditional (and perhaps more analytics-skeptical) elements of the football industry.  Ramineni has seen training methods change as feedback to analysis reports that he has prepared, but continues to emphasize the need for buy-in among the decision makers of a soccer organization and an understanding of their needs and priorities. 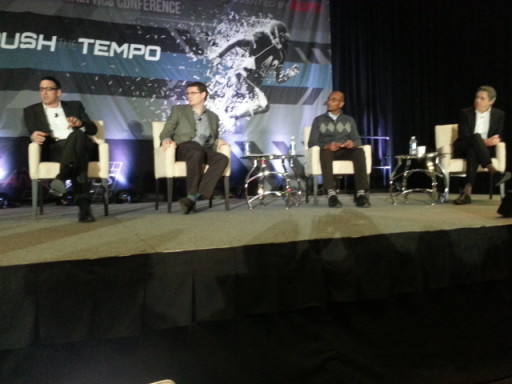 Next, discussion transitioned to what the participants viewed as the difficult problems in analytics.  Ramineni responded that it is difficult to understand best pairings of teammates in soccer because of interactions between players and the difficulty in controlling for opponents and other variables.  Niemeyer made reference to the lack of contextual data for certain plays, and he gave corner kicks as an example (is the ball swinging in or out? what kind of defense is the opposing team playing?).  For this reason and a few others, teams will continue to collect their own data to supplement that which they receive from third-party sources.  Anderson viewed goalkeeper data as an opportunity for budding analysts as he felt that the current collection of statistics for goalkeepers is very poor. 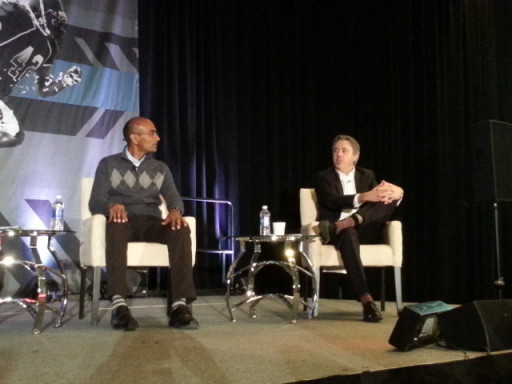 One topic that was discussed was the problem of quantifying the effectiveness of analytics to an organization, which is always a challenge for any analyst who wants to work with a team or other sports organization.  Ramineni and Niemeyer gave answers that perhaps reflected their respective backgrounds.  Ramineni stated that he judges the effectiveness of the analytics tools that he has created from the speed of his answers to new questions that he receives, which point not only to a well-designed product but also the extensibility of his tools.  Niemeyer judged his effectiveness from the ability of the team to keep to the match plan.  “We are here for the extra 5 percent,” he stated. 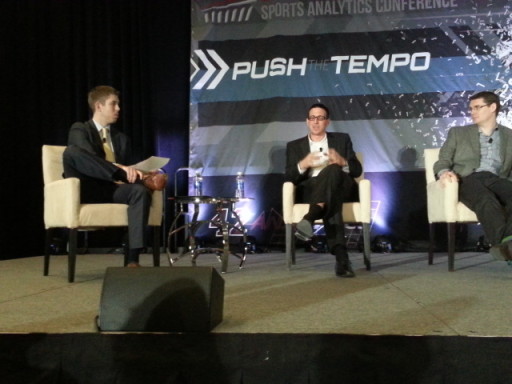 It is clear that there is a division between analytics work by analysts within the club and those outside it, so conversation shifted to non-traditional routes to professional soccer.  Chris Anderson emphasized that football is a people business – “most of what happens with a football club has very little to do with numbers.”  The typical route into a professional club is to provide a service, whether equipment or services for front-office, work closely with a team and then join them.  It is possible to start a blog and get noticed by a club (or more likely, a service provider) but it is a long hard road.  Niemeyer stated that it was important to ask the right questions, and he gave SAP’s interaction with Bayern Munich and the German national team as an example.  Ramineni emphasized the necessity of being able to straddle the analyst and coaching worlds – knowing their perspectives and speaking their language.  To that end, his partnership with David Tunney of the Sounders has been hugely beneficial. 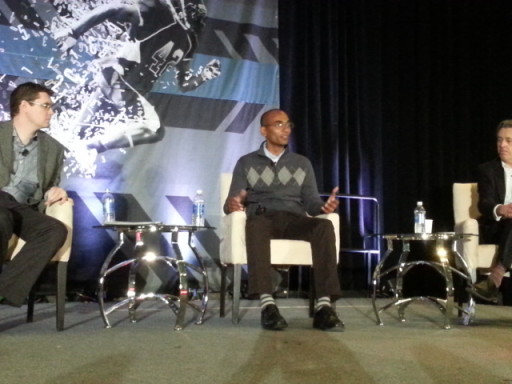 The one area of controversy, in my opinion, was the question about the influence of luck or uncertainty in the game.  Wiebe asked Niemeyer about the role of uncertainty in football, and he responded that he and his team work to remove luck as much as possible.  In his opinion, the only area of the pitch where luck was greatest was the six-yard area, which provoked an interesting reaction online:

For my part, I would have loved to have heard Chris Anderson’s response, considering that he had written a significant portion of his book on uncertainty in soccer.  Unfortunately, the question came at the end of the session and Wiebe wanted to hit some other questions before the end of the session.  It was understandable but unfortunate.

Nevertheless, I thought this was a really good session, with specific answers, specific examples, and interesting insight.  I think the European perspective was a very valuable one and it was clear that the participants wanted to share opinions on soccer analytics.  May there be more sessions like this one.